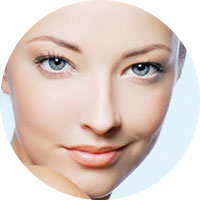 “I should never go to the plastic surgeon’s office,” Tamra Barney said on camera last year. “I’m like a kid in a candy shop.” Since then, however, the “Real Housewives of Orange County” star has indulged her nip-tuck habit even more. Tamra invited Life & Style along on a recent visit to her cosmetic surgeon’s office — and opened up about why she considers Botox the ultimate secret to her success.

L&S: How long have you been getting Botox?

Tamra: I first started when my son was 2, so it’s been about six years. But you can’t do it when you’re pregnant or nursing, so I’ve taken some time off from it here and there. Consistently, I’ve been doing it for about three years.

L&S: What made you first want to try it?

Tamra: I’ve always had expression lines on my forehead, even when I was a kid. They always bugged me. I used to wear bangs because I was so self-conscious about them. Then, when people started telling me about Botox, I was like, “Oh my gosh, I want to do that.”

Tamra: Each time the needle goes in, there’s a little sting. But it’s quick. They put numbing cream on you, so it doesn’t really hurt that much. But you do hear this small crunch sound. It’s actually the needle going into the muscle. But it’s not as disturbing as it sounds.

L&S: Would you say you’re addicted?

Tamra: Oh yeah, I’m a Botox junkie. I’m known for that on the show. But I don’t care. At least I’m honest about it.

L&S: In general, how would you describe your attitude about cosmetic procedures?

Tamra: I always say this: You take care of your body like you take care of your car. If I were a car, I’d be considered vintage or antique. If my fenders get a little banged up, I gotta fix ‘em. I gotta keep it up. I’m not going to let a nice car go to waste. That said, it’s not going to completely change the way you look. It just takes what God gave you and makes it a little better.