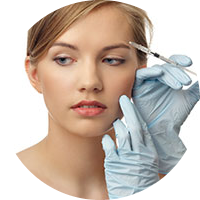 Reputation is everything these days, and if you read one of the many celebrity gossip magazines, you’ll have heard all about celebs’ obsession with ridding themselves of wrinkles and frown lines through the use of Botox. It’s because of this that Botox has gained itself a bit of a bad rep, associated with vanity and money. Well, with most things in life, it’s best to know all the facts before you make a judgement.

Listen to your mother on that one.

Botox, or Botulinum Toxin Type A, to give it the real name, is a highly researched substance that has been approved for use in many medical conditions, as well as for the cosmetic reasons you hear about most often. Allergan USA has been supplying this sometimes unfairly controversial substance for ten years and in that time, has helped millions of people world-wide.

Imagine you’re one of the many people that suffers from excessive underarm sweating – that’s something that could really impact on your life, isn’t it? Well Botox helps with that, improving the day-to-day lives of millions, as well helping those suffering from other conditions such as cerebral palsy and chronic migraines, among other medical problems.

Of course, there is the flip-side, and Botox also helps millions every year who want to rid themselves of the visible signs of aging, such as frown lines and crow’s feet. For many, this helps with self-esteem, symptoms of depression, and helps people feel uplifted and confident again. Feeling confident and attractive is something that many take for granted, and for many the help gained from Botox impacts so positively on their lives, that regret is certainly not something that ever comes to mind. So really, how can such a useful and powerful procedure have gained such a controversial reputation?

See, it’s all about the facts.