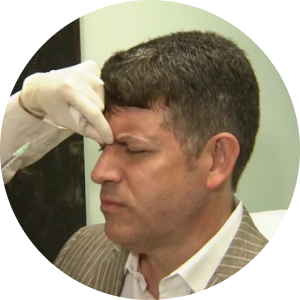 EVEN THE SUITS ARE TURNING TO BOTOX

Cosmetic procedures are far from just for women. This quick growing trend shows no signs of slowing down.

Tough economic times mean tough working conditions for those on the Wall Street front line. Worry, panic and sleepless nights all take their toll on not only the emotional well-being, but also the physical, with signs beginning to etch on the faces of those spending hours following the ups and downs of the economy.

Constant frowning and worried expressions cause deep set lines across the forehead and crow’s feet, meaning a tired, and often older than their years’ expression.

This is all too common among the high-powered, suited businessmen earning their living on Wall Street.

We’re all vain to a degree, anyone who says they’re not is lying, so it’s no surprise to me that those men working in such a stressful environment turn to cosmetic procedures to help eradicate those lines and wrinkles, which often cause younger men to look much older. Of course, in a dog eat dog world, often looks are everything.

This quick growing trend shows no signs of slowing down, and with more and more difficult times ahead, more men will be turning to the syringe to help rejuvenate their looks. It just goes to show, cosmetic procedures are far from just for women.

We, at Trifecta Med Spa welcome anyone who recognizes the importance of maintaining and improving their appearance, self-image, life style and self-esteem.